A couple of things happened today. I received my new license from the DMV. I received Leo’s genetic testing results. Two more items to mark off my CLOSURE LIST.

I received the call from the Genetic Counselor letting us know that they had received the results from Leo’s chromosome microarray testing. This test was done to determine whether or not Leo had Down Syndrome (I had screened positive in the second trimester) or any other type of chromosomal abnormality that could have caused his death. Since he was no longer alive and neither was his tissue, Amniocentesis would not have worked.

The results indicated that Leo had 47,XYY Syndrome or Jacob’s Syndrome. 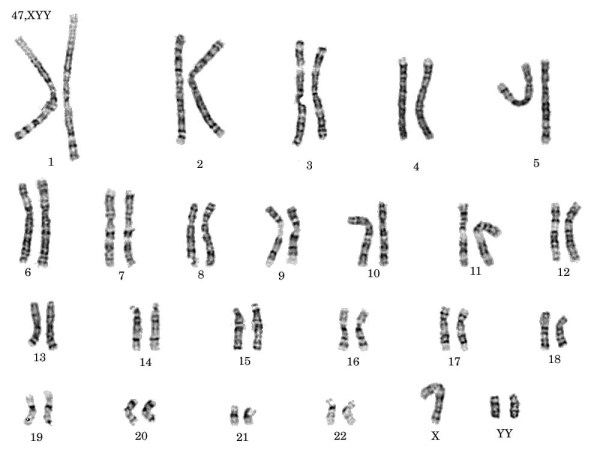 In Leo’s case, he had an extra Y sex chromosome and therefore had a karyotype 47,XYY. This was a fluke and the risk of it happening again is the same as it would be with any pregnancy. It is said that 1 in 1,000 (0.1%) male births are 47,XYY.

Our Genetic Counselor explained that this type of test result does not usually end in miscarriage, unlike many other types of chromosomal abnormalities. Most men with YY Syndrome only have some minor physical differences, mainly being taller than average and typically thin. They can also have other types of differences, such as weaker muscles and bones. Some men may experience fertility issues, but otherwise have normal sexual development.

She also explained that it could also cause learning disabilities or speech problems.

Yet, from all the research I’ve done, it still doesn’t explain why Leo died.

Since my Inhibin-A level was elevated during the second trimester screening, it is more than likely that the culprit is a placental one. I’ll be following up regarding the placenta pathology test results tomorrow.

Isn’t it funny that Leo ended up with something called YY Syndrome?  This loss will always have me asking WHY?

Either way, even this little bit of the puzzle has brought me some peace. I am hoping to continue to find answers so that I can continue to build onto the hope that I hold on to so dearly.