One month ago on August 12, we began a journey that we hadn’t anticipated.

One month ago, we discovered that Leo’s heart stopped beating.

One month ago, we received news that our youngest nephew, Benjamin, took his first breath of life. 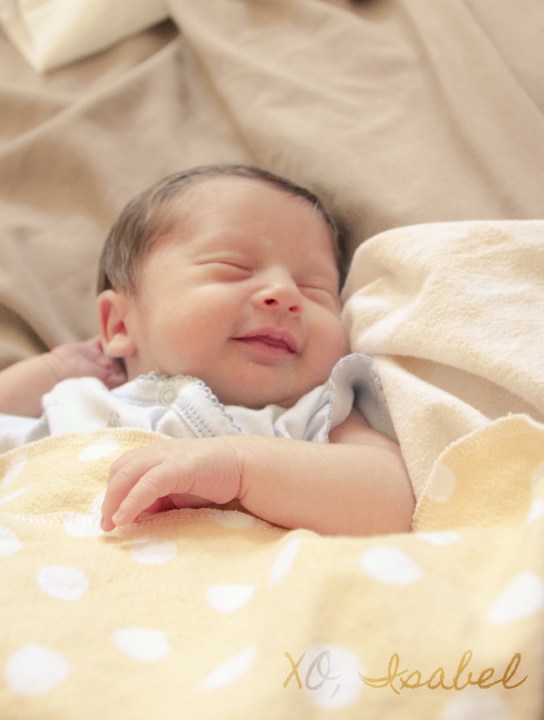 One month ago, a pendulum of grief and joy swung wildly.

I want to talk about Benjamin. A little boy, that up until close to being born, had no name. And even shortly after his birth was Benjamin No-Name, since his middle name couldn’t be decided. He’s the youngest of 4 boys, and that’s a lot of names to think up! Even still, I think he’s a Benjamin through-and-through. Even though we were hoping for names like Bruno, Barnaby or even Batman. Who wouldn’t want to be Batman!?

It was sort of a surreal day. We had received the devastating news on that Monday morning. We sent out an email to our family and closest friends about Leo’s death. It would be rough for us physically in the next few days. My sister-in-law was really supportive. She was nearing the end of her pregnancy and we feared that she would go into pre-term labor, since she had been dealing with this already. She stayed in contact most of the day. Then some time passed and I hadn’t heard from her. I thought it was strange but didn’t think too much of it. Later that night, we received a text message that she was going to be having a c-section in 45 minutes. It was already late at night. I will admit, I had hoped that Benjamin would be born the next day. And not on this Monday. I wanted him to have a cool birthday. 8/13/13. But, it wasn’t to be. He was born that night, about a half-hour before midnight.

We received late night texts with pictures of his little face and immediately exchanged the WHO-HE-LOOKS like messages. It was bittersweet, it was.

In some ways, I felt guilt for his parents having share this day with us. Because, I know they were sad for us and they were experiencing their own feelings for the birth of their son. A birth is something to be celebrated! Pictures! And all the mushy stuff that goes along with babies. Somehow it was deeply recognized that their joy also had a flip-side; our grief.

Benjamin’s birth was the first of his nephews’ that my husband had missed. He had sworn that he would always be there for the birth of any niece or nephew born into this family. I think he felt a little helpless at not being able to be there for Benjamin’s birth. He knew it would be impossible. Not only would distance keep us from attending the birth with how quickly it all transpired, but also because we had to tend to my medical and emotional needs. Everyone would understand. And they did.

Since we’re Jewish, we knew that if Benjamin was healthy enough (he was born about 5 weeks premature, but was a healthy little thing), his Brit Milah would be on the 8th day after his birth. I will admit, this frightened me. I wasn’t sure if I could be there for this event. I wasn’t sure if I was ready to face everyone. Everything was so very fresh. I had so many different feelings, but ultimately knew that out of respect and love, we would be with our family on this joyous occasion. But most of all, I never ever want Benjamin to have to ever suffer because of what happened to us. If we had stayed home, he’d be none-the-wiser, but we would know.

Unfortunately, since Benjamin was a little premature, he developed jaundice. He had to be admitted to the hospital for some light therapy and therefore his Brit would have to be delayed by a few days. I’ll admit I was a little relieved. It took all our strength to prepare ourselves to go so soon, and the extra days of processing our ordeal proved to be extraordinarily helpful.

We were excited to meet Benjamin and I did feel a little bit of guilt for not meeting him sooner. I mean, I actually photographed the birth of his older brother. I was there the moment he had taken his first breath. I had hoped to be able to do the same for Benjamin.

Prior to us going, I was in communication with my sister-in-law about how we would go about meeting Benjamin for the first time. I admitted that I thought it would be emotional and that I would cry. A lot. I pictured myself holding him and falling to pieces wondering why this had to happen to us and how I’ll never hold my own son. She was kind and offered to give us a meeting space in the privacy of their bedroom. Just my husband and his brother and the two of us, and of course, Benjamin. The offer was kind and thoughtful and I wanted that very much. I didn’t want an audience for my emotions and if I was going to cry, I wanted it to be more intimate.

We made the two-hour trip back home to be with our family and to meet Benjamin. We were invited up to the bedroom almost upon arriving, but not before receiving hugs from the family and my other three nephews. They each have their own unique understanding of our circumstance. The oldest is 16 and he well-understood what we lost. He was kind and loving and embraced us and asked us if we were okay. Our 7 year-old nephew embraced us, too. And though he didn’t say anything, I know he understood that I wasn’t pregnant anymore. The last time I saw him he kissed my belly. He almost let himself slip and did it, but he stopped himself and instead just hugged me again. Our 4 year-old nephew is blissful in innocence, as it should be. And for that, I was thankful. He gave us hugs and kisses just because we are his aunt and uncle and he was happy to see us.

We finally made it upstairs to meet Benjamin. And how sweet and tiny he was! I took him in my arms and I was in love. I thought I was going to get emotional, but I didn’t. Instead, it felt warm and peaceful. I was happy. I was happy to be there and I was happy to be his aunt. I was even happy that I got to be Leo’s mom, no matter how brief, and it was because of that brevity that I was able to appreciate this experience all the more. I didn’t want to let go of him. I would brush my finger near the side of his lips and on his cheek to see if I could coax a smile out of him, and I did. He also continued the tradition of his brothers and peed on me a few times. Those boys sure are super soakers! I took several pictures and later my sister-in-law would point out how he had on different outfits in all the photos since he had soaked through his clothes so many times.

When it was time for the ritual to begin, the Mohel asked if they’d like to do the Baby Naming Ceremony as well. They said yes and they provided his Hebrew name of Binyamin. He then asked if they had a middle name. It would seem that he was also going to be Binyamin No-Name, in Hebrew. They said they hadn’t thought of one. I spoke up, I said “You can use the middle name we had chosen for Leo’s Hebrew name — Nissim, it means Miracles. Leo was going to be Ari Nissim, in Hebrew.” Ari meaning Lion of God and Nissim meaning miracles (or wonders), for he was our Little Lion and our Miracle.

They accepted. They said yes and the ceremony went underway. I’ll spare all the details of being a witness to this ritual, but, I was there during every moment. I didn’t want to leave, so I stayed with him the entire time.

It was now time for the conclusion of the ceremony and for the Naming. Up until this point, I had maintained my composure. I had kept my emotions and tears in check. And then there was a blessing. And then they spoke Benjamin’s Hebrew name – Binyamin Nissim and then I cried. I felt deeply. We yelled MAZEL TOV! Because that’s what you do, because it’s a joyous time and LOTS OF MAZELS! And I feel a little guilty because we were crying and my sister-in-law was getting emotional. My husband was crying next to me and I wanted the room to shout their MAZELs louder. But it was a clear moment that our family was still swinging between grief and joy.

It was hearing the name being said aloud. How we had started to picture our own ceremony with our own son. How our family would witness our family being blessed. And how it was now never to be with Leo.

And now, I believe, a little part of Leo will forever live with Benjamin, if only with his name.

And Ben? I think we’re going to be good buddies.

Happy One-Month of Life, Benjamin. You are a wonderful blessing and a little Miracle. You always will be. 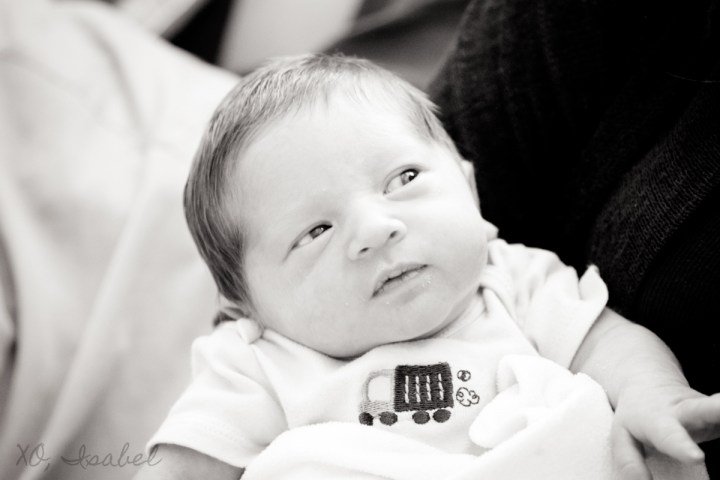